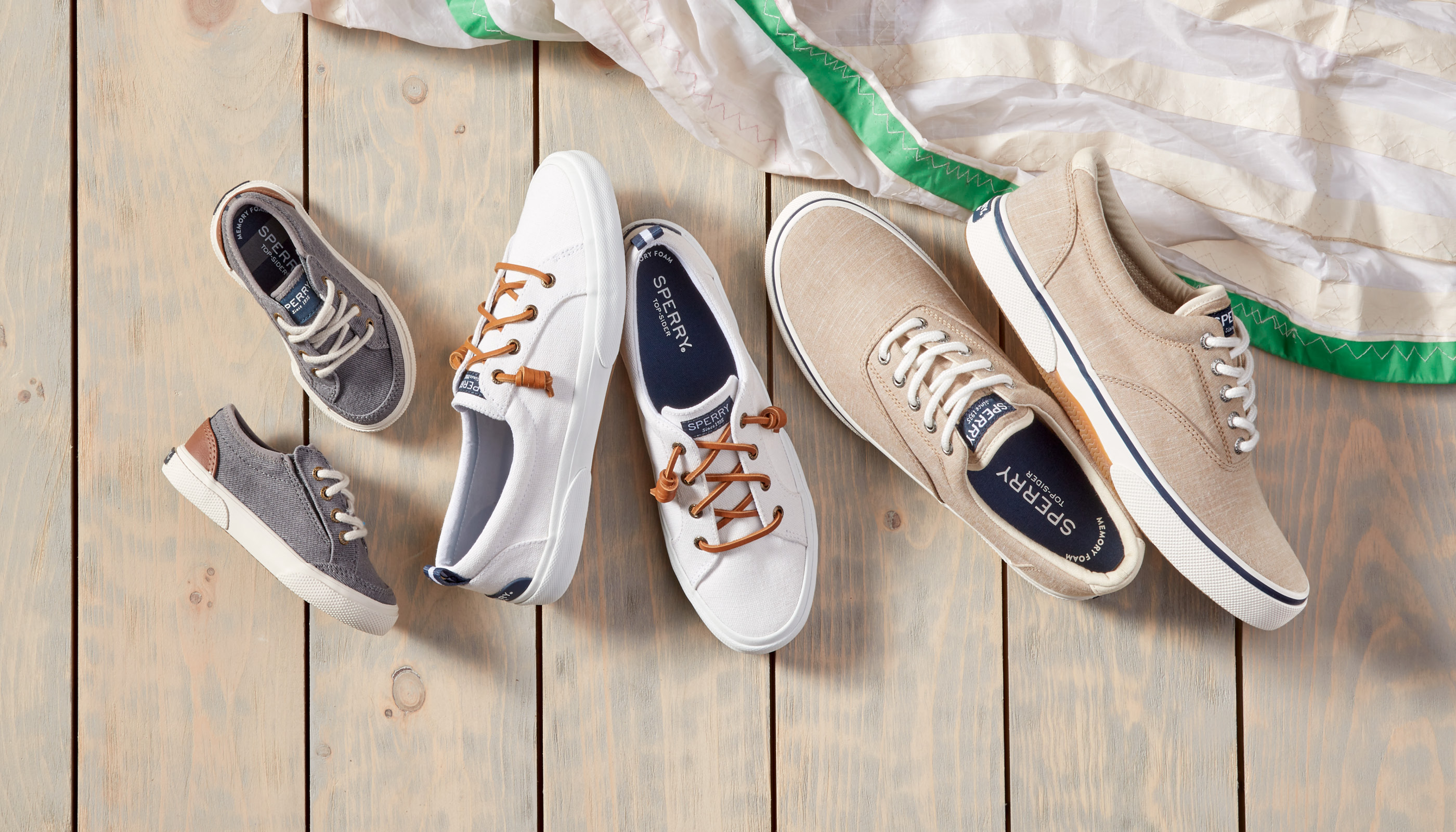 With nautical style and performance-driven features, Sperry inspires a sense of surf, sand, and adventure.

‍
Sperry's founder, Paul Sperry, was an avid sailor with a passion for adventure. He was faced with a real-life problem that stood in the way of his passion: How to maintain traction on a slippery boat deck. Paul found his inspiration from his dog Prince. Noticing how he didn't slip on ice, he turned Prince's paw over to ﬁnd hundreds of small cracks and lines going in all directions. These became the inspiration behind his inventive non-slip sole and the world's ﬁrst boat shoe.

‍
Every member of the Cruising Club of America wrote to Mr. Sperry to request a pair of these remarkable new boat shoes. Nothing else kept sailors safe on deck. During World War II, the US War Department named Sperry Top-Sider as one of the US Navy's official shoes.

‍
From the world's first boat shoe to today's contemporary styles that remain true to our heritage, Sperry exists for those drawn to the sun, surf, and soul of the ocean.

‍
Inspired by the ocean's sense of limitless adventure, some are classic and understated, while others are bold and playful. With Sperry's signature 360° adjustable lacing system, shoes can mould to a customer's unique foot shape.

‍
Accent Group has been distributing the Sperry brand in Australia since 2014. It's sold in major department stores, including Myer and David Jones and independent retailers.