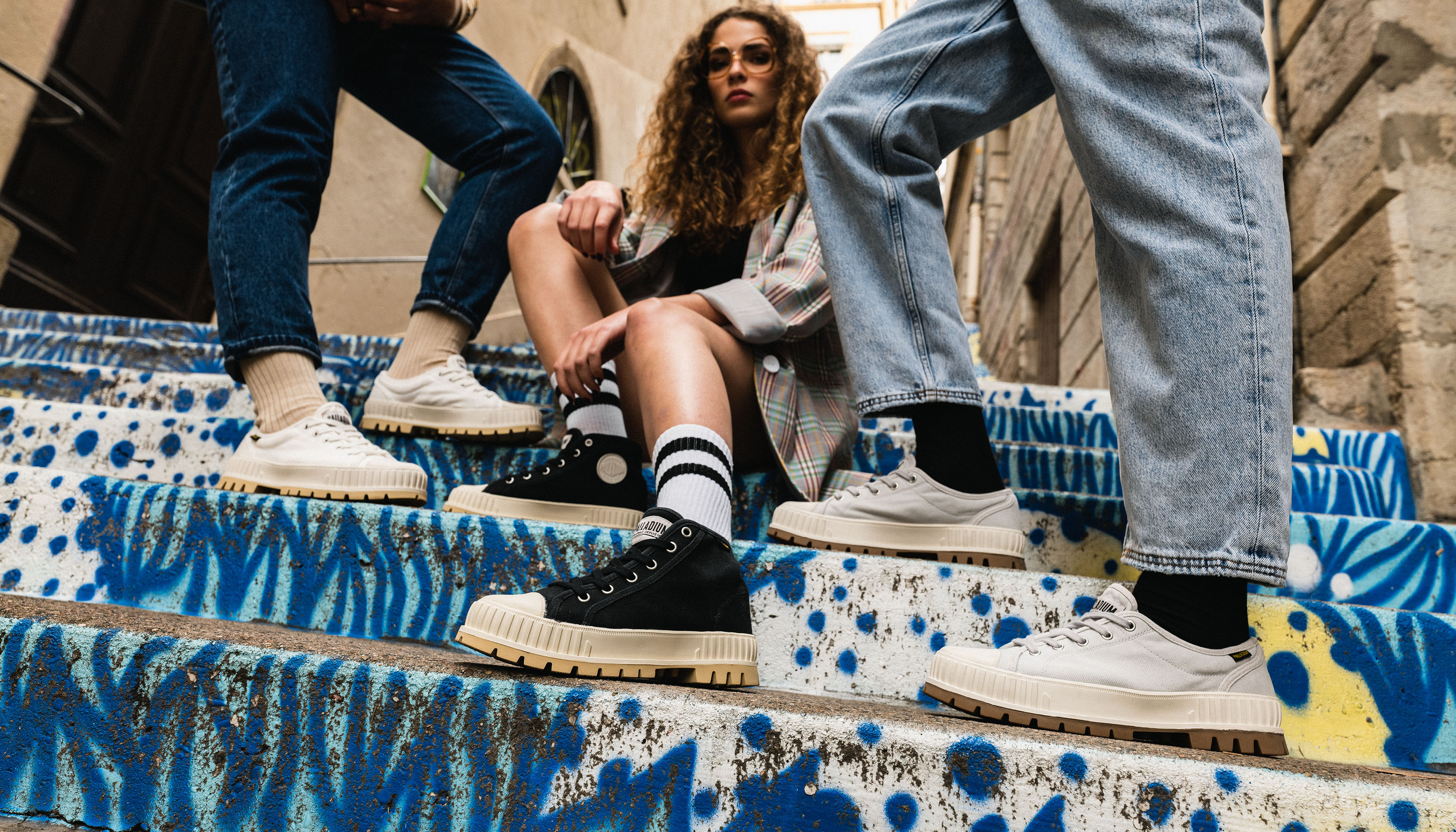 Offering a range of fashionable footwear for the urban explorer, Palladium combines authenticity with cutting-edge style.

‍
Founded in 1920 as a tyre manufacturer for aircraft, the company turned to footwear after World War II, designing boots that were as hard-wearing as their tyres. Using their canvas and rubber resources, the boots were so comfortable and durable that the legendary French Foreign Legion adopted them.

‍
In the ’90s, Palladium footwear was made famous by the grunge and rave scenes. In one year, the brand sold over one million pairs of boots.

‍
In 2009, after a brief hiatus, Palladium relaunched its range of footwear aimed at the modern-day explorer and has enjoyed phenomenal success ever since.